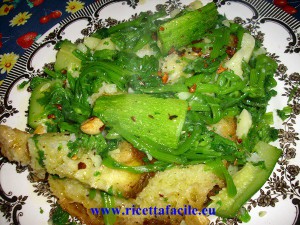 Baked bread an ancient peasant recipe ( in italiano: Pane cotto una antica ricetta contadina) from Lucania, now the ancient flavors and smells of our land are being rediscovered. Before, nothing was wasted, especially the bread that was sweaty as it was made with the flour of the wheat that was grown. A loaf of bread also lasted 15 days and when it became hard, the baked bread was made, there are various versions and they always depended on the period in which it was made, and the Continua a Leggere →